Feb 19 2015
Although the garden has hardly woken up it is surprising the amount of colour already showing. This year the Crocuses have flowered very early and have brought colour into the front rockery which we increased in size last year. The Heuchera collection is starting to grow in numbers and each plant has benefited form the Chicken fertiliser over the winter. The Heathers are now into their second or third year and are starting to be more colourful. This year they will need clipping back. 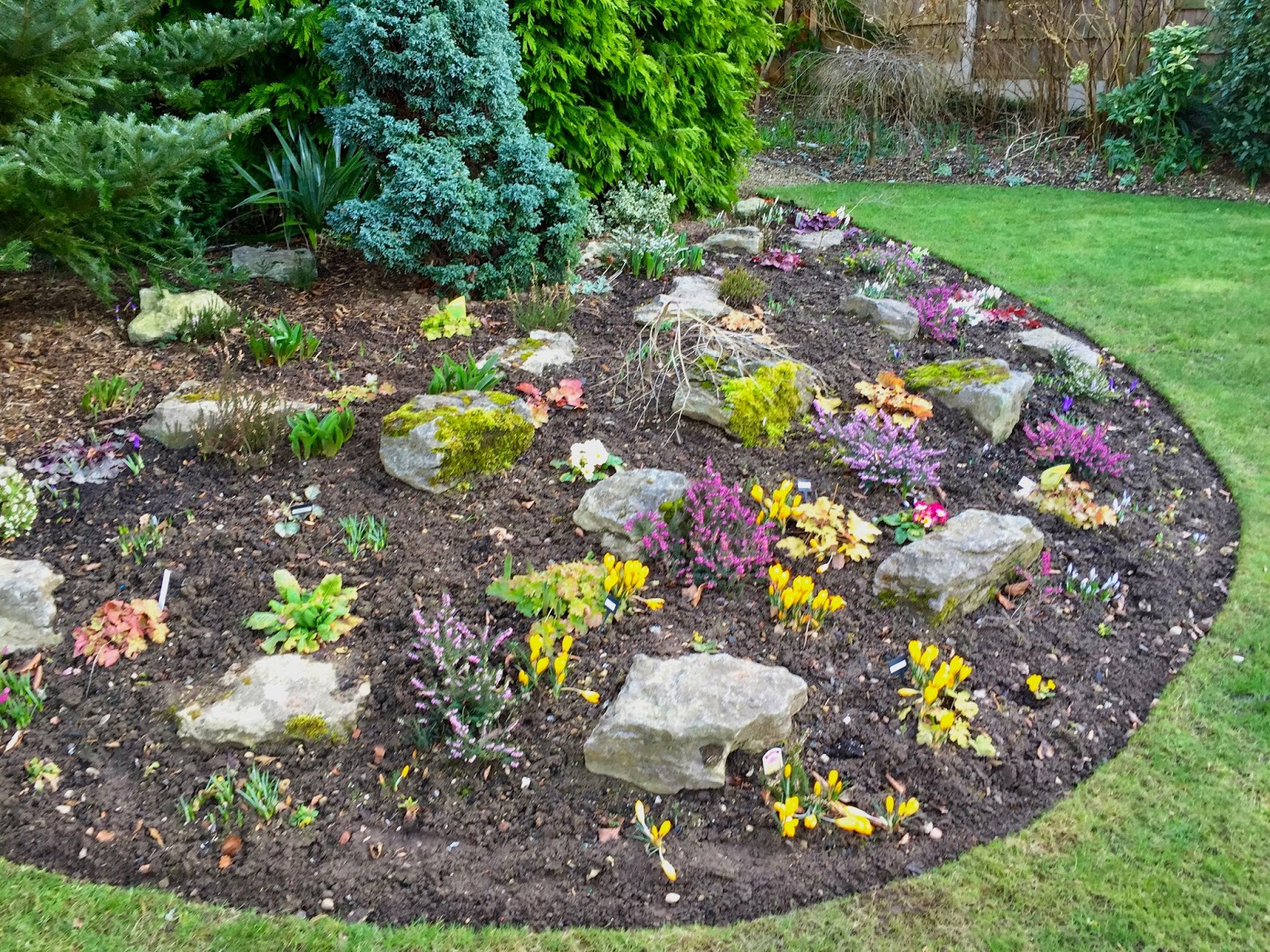 The Primulae from last year were all saved, but using ordinary garden soil in the overwinter pots proved to be disastrous, surprisingly having more clay than the expected sand. Some died off,  and the survivors were very small. Having said that they have proved colourful when planted closely in a bowl or around the bird box, but almost inconspicuous around this front rockery ! The overwinter colour has proved to be successful outside the front wall, although this year after flowering, they will have to be treated more carefully, with proper compost and more careful watering to prevent waterlogging . 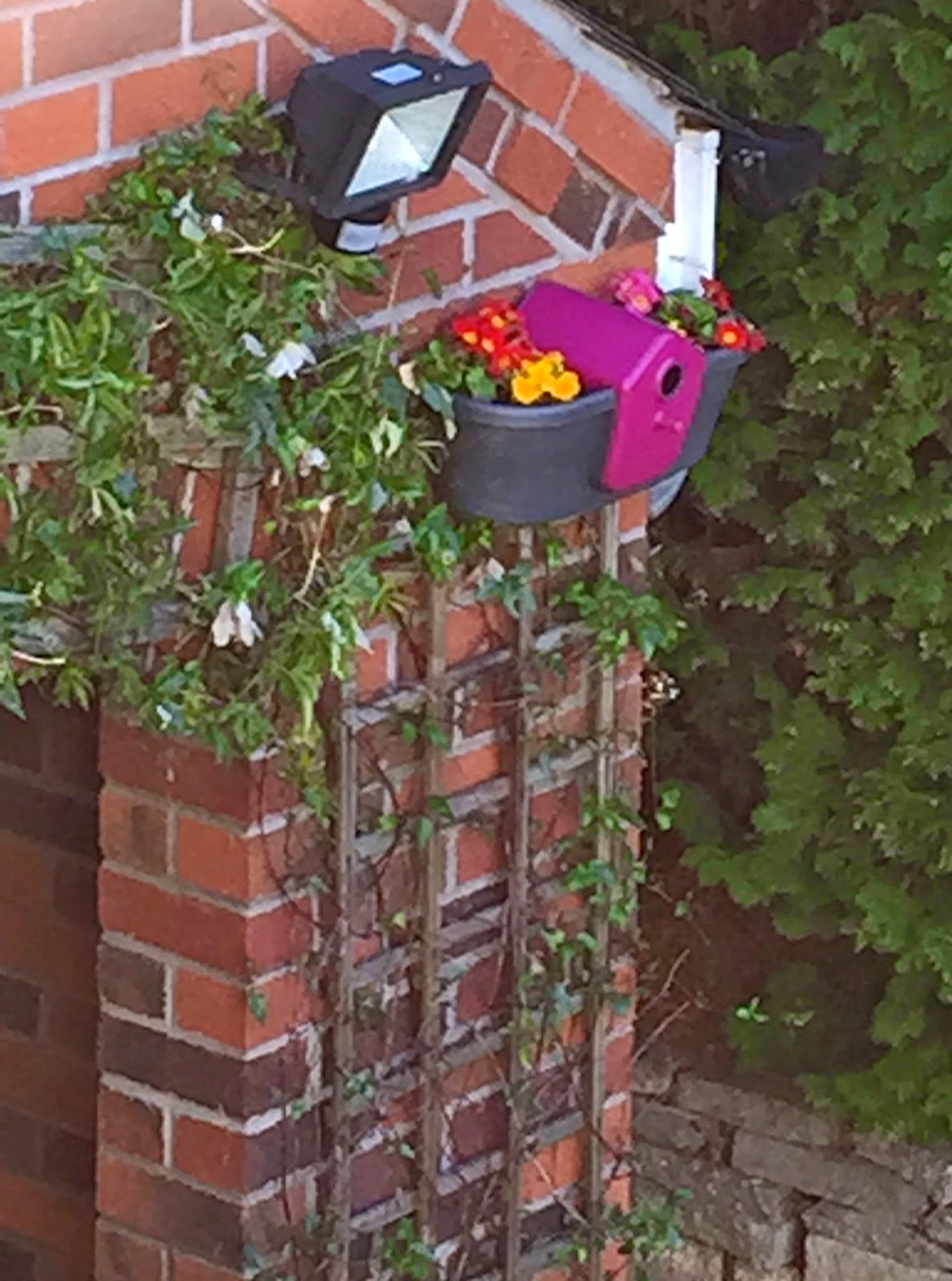 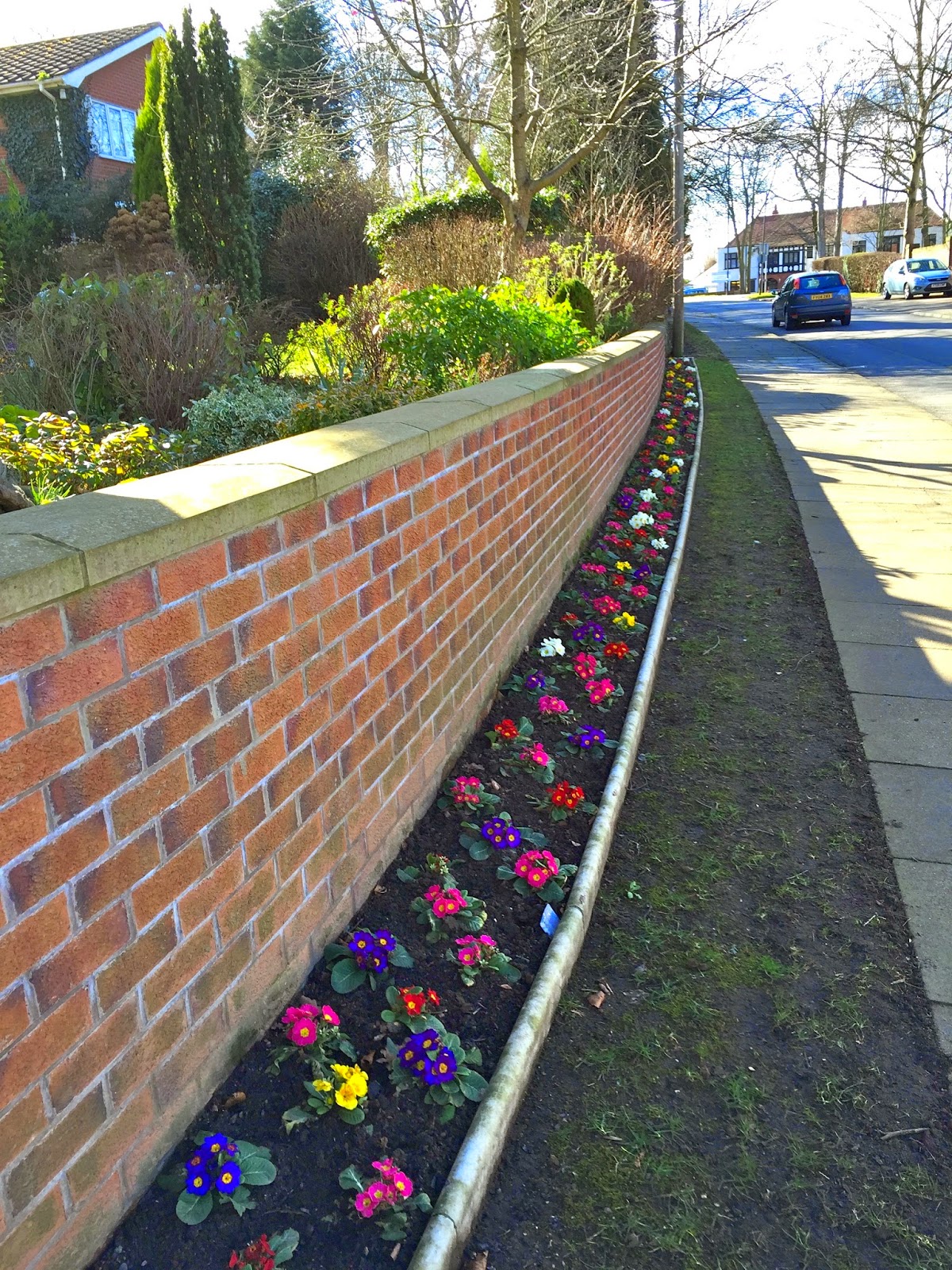 The grass by this front border has taken a hammering with the shade and being so wet, not helped by the amount of leaves covering it at times. May need to reseed it with shade tolerant grass.     The back embankment border has been fertilised with bags of  farmyard manure, well forked in and Chicken manure pellets as slow release. Hopefully this will be useful for the Dahlias later in the year, but for now will help the 2 new Witch Hazels which we have planted.

Posted by Bessacarr Open Gardens at 09:59