Feb 12 2015
A new year of gardening has come early this year, following a mild Winter and a warm, early Spring. Having sorted out the plants that needed cutting back, and collecting all the leaves and beech nuts, it was time to think of the changes we could make to the garden. There has always been a problem with the entrance into the garden from the front. Some bright spark ( don't tell my wife that is what I call her ) suggested that a more feminine touch would be to have an ornamental rose arch to produce a division. That was the first part of my new year job. The second part was to convert the troublesome patch of garden alongside the house into something useful rather than a repository for unused plants. 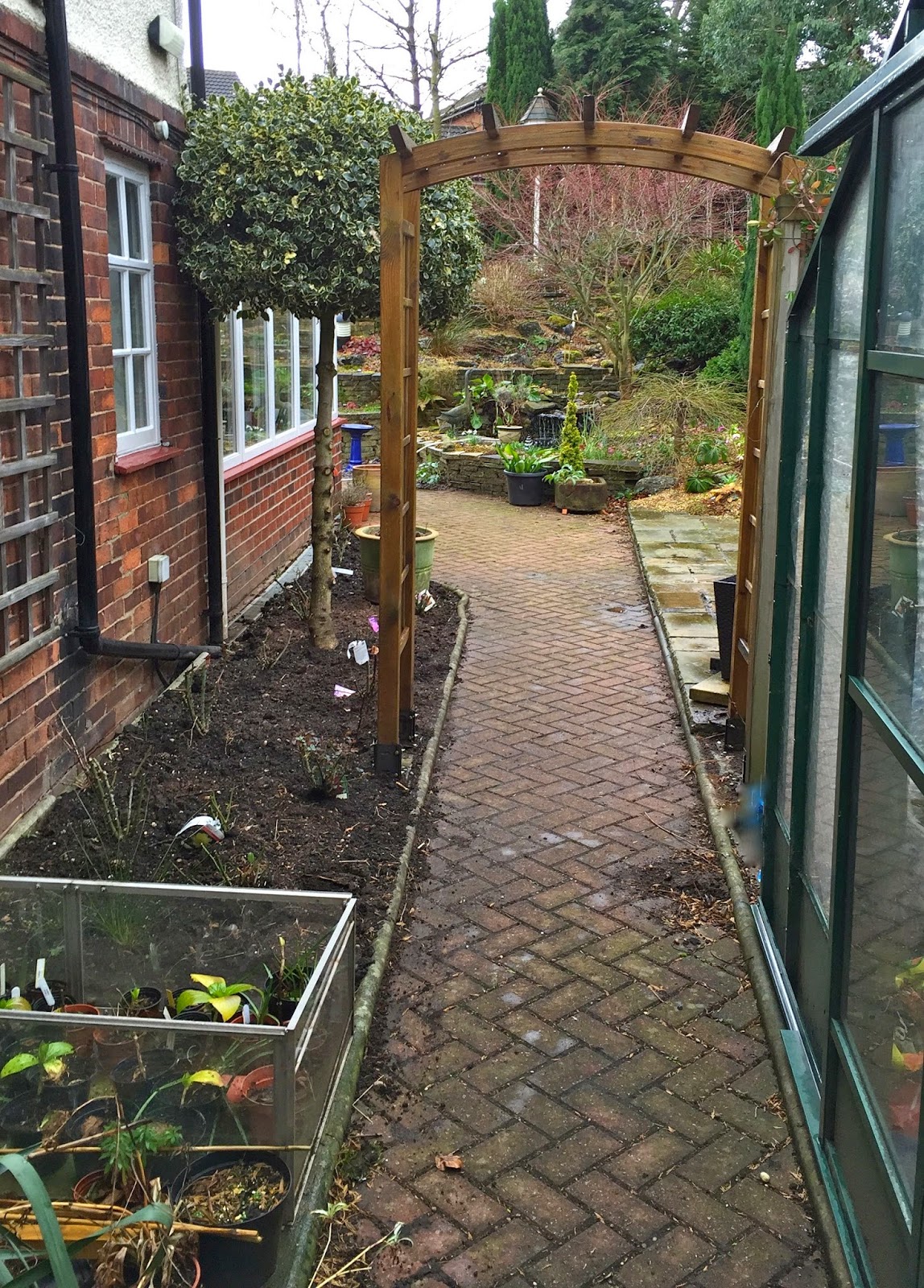 Having bought and oiled the arch it was obvious where to site it for most effect, and now we have a division to the working part of the garden and the living-in part. The cold frames, storage area and greenhouse are in a completely separate part of the garden. Climbing roses planted to climb over the arch were an obvious addition and an increase to the subdivision of the areas. All we want now is for some rapid growth to give some effect.
The next job was to move the roses from different parts of the garden together and to purchase new ones to fill in the newly found space. Although you think you know the number of plants needed, when it comes to actually planting, there is often a deficit, and so said it is now obvious we need 2 or 3 more plants, but more importantly we need a variation to the height by the inclusion of half standards. In this way we will produce interest both from entering and leaving the garden, but more importantly give us a more colourful view out of the conservatory. More garden centre research ! 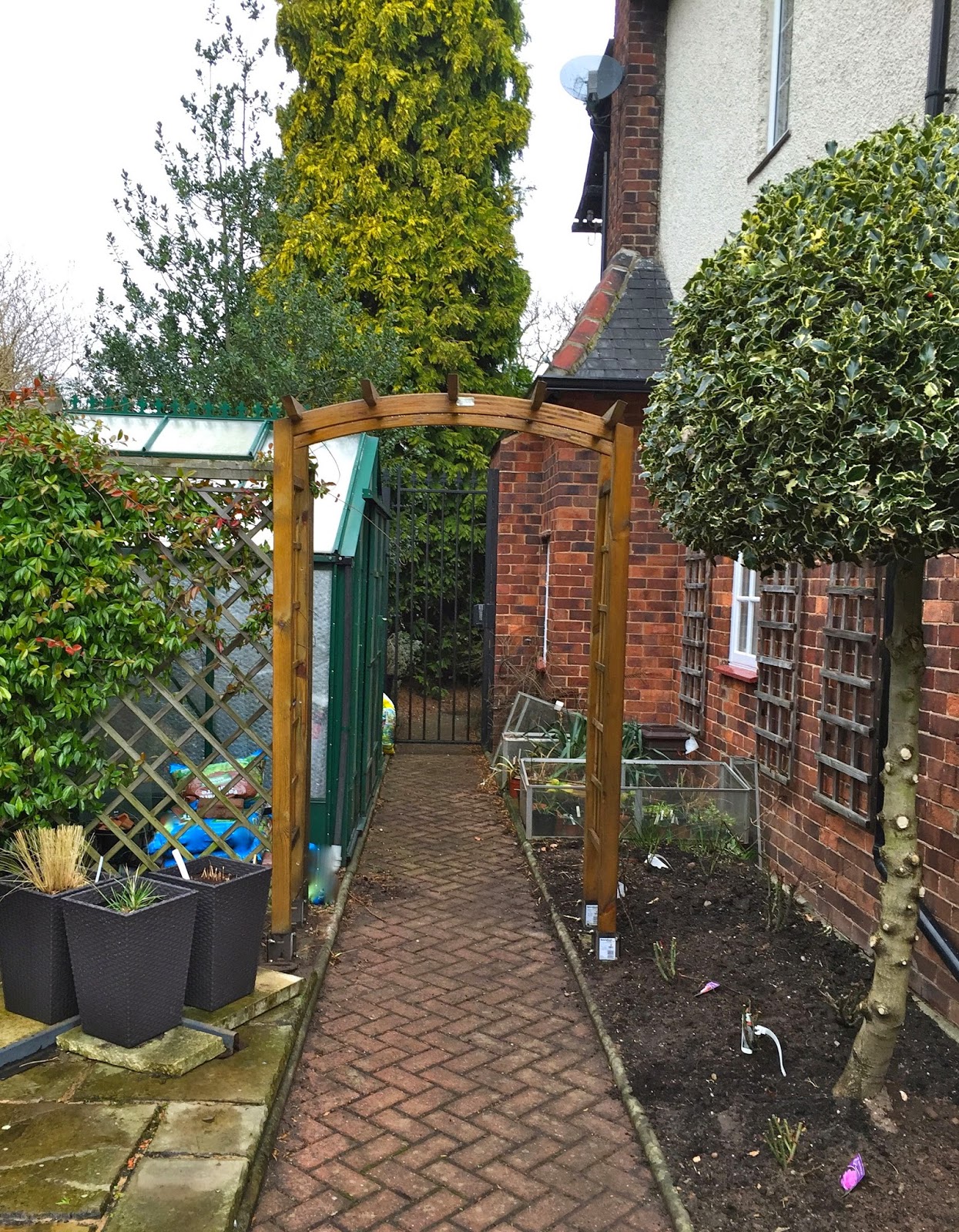 Posted by Bessacarr Open Gardens at 20:46